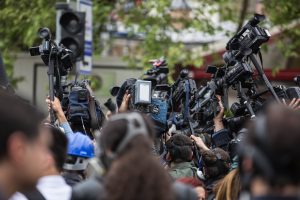 In a new report published today International Partnership for Human Rights (IPHR) and ARTICLE 19 draw attention to a series of restrictions and obstacles faced by independent journalists and media outlets in Tajikistan. The stifling of media freedom has been going on for several years and has been particularly apparent during the current COVID-19 pandemic. The organizations are calling on the Tajikistani authorities to ensure that journalists and media outlets can carry out their work free from government interference and take immediate steps to effectively protect them from intimidation and other reprisals.

“Media freedom is a fundamental human right and, during the current pandemic, it is a lifeline. We regret that the Tajikistani authorities have continued to resist transparency and discouraged independent reporting. Journalists and media outlets who have sought to shed light on issues of public concern have risked reprisals for their professional activities”, said Brigitte Dufour, Director of International Partnership for Human Rights.

Throughout March and April 2020 the Tajikistani authorities denied that the coronavirus had spread to Tajikistan despite media reports and social media accounts indicating that the pandemic was already progressing rapidly across the country. The authorities refused to adopt a transparent approach and rebutted journalists’ questions. Instead of responding to media reports about the first suspected COVID-19 cases and using the media as a tool to raise awareness and slow the spread of the virus, the authorities warned the bearers of bad news that they would be “held to account”.

Even after authorities officially confirmed the first infections of coronavirus on 30 April, they continued to blame the media for “spreading panic” among the population through its COVID-19 reporting. A website registered abroad that records cases of deaths possibly associated with COVID-19 has been blocked in Tajikistan since 11 May.

In a recent alarming development, on 26 June, the Upper House of Parliament voted to adopt changes to the Administrative Code which would subject journalists and others who distribute “inaccurate” and “untruthful” information about the COVID-19 pandemic through the press or social networks to fines. Journalists and civil society activists in Tajikistan are concerned that in practice, and without an expert commission, the only information which would be considered “accurate and truthful” would be information and statistics provided by the government.

“Tajikistan is a party to the International Covenant on Civil and Political Rights and has committed itself to guarantee the right to freedom of expression including the freedom to seek, receive and impart information through any form of media. We call on Tajikistani authorities to ensure that freedom of expression and freedom of the media is fully respected. They must implement as a matter of priority the recommendations on media freedom that the United Nations Human Rights Committee issued to Tajikistan in August 2019“, said Sarah Clarke, Head of Europe at ARTICLE 19.

Stifling of the media — a persistent pattern

To avoid reprisals for their professional reporting dozens of editors and journalists whom the authorities perceived as being too critical and who reported on topics deemed too politically sensitive have had to leave the country in recent years. Others remained in Tajikistan but changed professions. Media outlets and journalists that continue to work in Tajikistan and wish to report independently are forced to negotiate their way between harassment, intimidation and threats of reprisals against family members on the one hand, and professional ethics on the other. The authorities’ “tool kit” used to keep journalists and media outlets on a short leash includes threatening or actually withdrawing the media outlet’s licence; refusing to issue or renew accreditation of journalists working with foreign media outlets; excessive tax checks; fabricated criminal charges against journalists; and harassing and intimidating their family members.

In Tajikistan journalists face severe difficulties in accessing information on issues of public interest as authorities frequently refuse to make it available.

In addition, the distribution of journalistic materials and peoples’ access to such materials are restricted. Several local and foreign media websites are temporarily or permanently blocked or completely disabled; internet access in Tajikistan is too costly for most of the population; internet users have been frightened by prosecutions and imprisonment of persons for “liking” and “sharing” posts that the authorities deem to be of “extremist” or “terrorist” content and by the increased ability of the authorities to monitor citizens’ access to online information and communications. Many people are believed to refrain from accessing, reading and sharing media material for fear of reprisals.

The Tajikistani authorities see independent journalism that promotes transparency and creates space for debate as threatening their hold on power. It is believed that the colour revolutions in the former Soviet space and the Arab spring have heightened authorities’ fears that media exposure of government wrongdoings, human rights violations, crimes and corruption could fuel deep societal grievances in the country.

The report is based on field research IPHR conducted in Tajikistan in November 2019 and desk research. Researchers interviewed representatives of Dushanbe-based media and human rights NGOs, journalists and local and foreign media outlets operating in Tajikistan, intergovernmental organizations and diplomats. Several journalists and members of their families were afraid to meet the researchers for fear of reprisals. IPHR also interviewed several Tajikistani journalists in exile. Article 19 contributed information about domestic legislation pertaining to media freedom.